What kind of student does it take?

We're not saying you have to be an all-running, live-firing, gymnastic, medal-winning, TEAM GB representing weekend warrior; but one thing our students do have in common is the determination to succeed, the drive, and the motivation to pursue their ambitions. Three of our students tell us what it's like to study at AECC University College, whilst also continuing their hobbies outside of studying, and explain how sometimes the two go hand-in-hand. 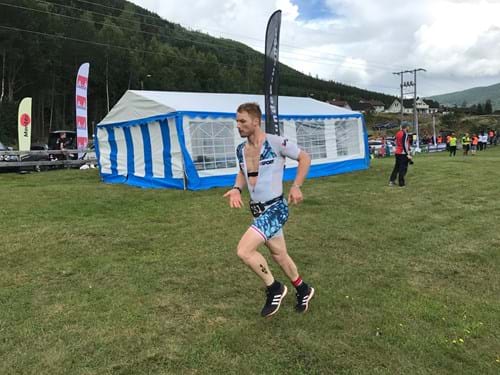 I have had a very sporty background as a kid. I competed on a national level in running, cycling and cross-country skiing, but my biggest wish was to become the world’s best biathlete. Until I was 24 I did everything that was in my power to fulfil that wish. Things were going well and in my first season as a senior, I managed to get a 7th place overall in the National Cup. Unfortunately, in my last season (2013-14) I got a virus that no doctor knew how to fix and the only thing that helped was to take it slow and wait it out. My big dream had come to an end. I took the tough decision to put both the skis and the rifle away. I didn´t perform well enough to get the sponsors I needed to continue my career.

The coming year I worked a lot and studied on the side so that I could start as a Master of Chiropractic student at AECC University College. From the time when I was competing on a national level in Norway, I had a chiropractor that helped me with minor issues on the way. He was probably one of the biggest reasons why I chose to start at AECC University College and wanted to become a Chiropractor.

During the summer of 2014 I started competing triathlon and long distance cross-country skiing, and I do that on the side now when I am not studying. My best results since I started at the University College is my 11th place in Norseman Xtreme Triathlon this summer, as well as 112th place in the Visma ski classics race Marcialonga, one year ago, and 13th place in the National Championship in Olympic distance triathlon in the summer of 2016. My biggest plan for this year is to improve ranking in the Norseman Xtreme Triathlon this summer!

The biggest challenge is perhaps to fit in all the training between the studies. Luckily the University College puts things in place so that it makes it easier for those of us that wish to compete whilst we are studying. I am in year 3 and the last 2 years I have received a Student Elite Athletic Scholarship. Without that scholarship I would not have been able to do it all. I feel really privileged to be a part of the AECC University College team, and I am looking forward to continuing my studies as well as treating patients in clinic from this summer. 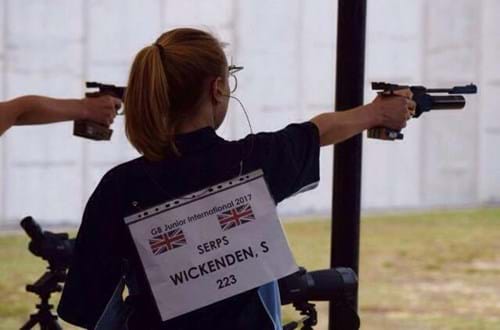 I’m a year 3 Master of Chiropractic student, but outside of the University College I compete in 10m air pistol shooting. I began shooting at the age of 10 as part of Modern Pentahlon and discovered I had a particular affinity to the sport.

Since coming to AECC University College I have begun competing at an international level and have recently been selected to join the Team GB Emerging Talent squad.

My highlights this year have been finishing 7th at the British Airgun Championships and 12th at the Junior International, and next month I will be representing GB in my first major competition in Luxembourg. Being a student at AECC University College has helped me achieve this in a number of ways. Firstly, the tutors have been very accommodating in allowing me to switch labs if a competition clashes with study, meaning that I do not fall behind with classwork. I have been able to apply some of the knowledge I have gained in certain subjects, such as nutrition and functional rehab, to my shooting which has helped to improve my performance. Furthermore, my intern has been helpful in treating any sports related injuries I have attained, allowing me to continue training and competing. As well as live firing, I also have a core training programme to carry out, which I can easily do as the on-site campus gym is very well equipped with everything I need. 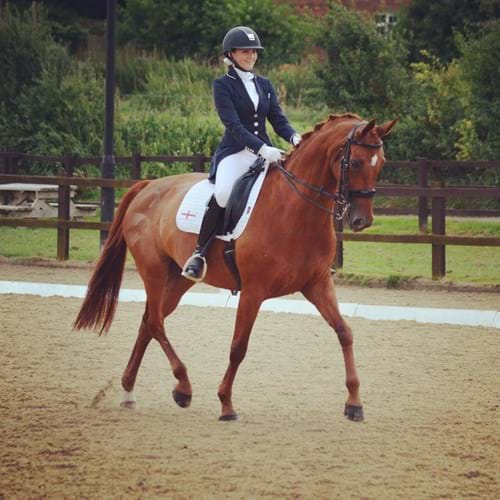 I completed my GCSE's and A levels at Cheadle Hulme School and then took a gap year to backpack around South East Asia. It was eye opening to see new parts of the world and embrace different cultures. It allowed me to become a more open minded and mature individual.

I’ve always had an interest in sports and recovery, so that’s how I became drawn to chiropractic. My horse was treated by an equine chiropractor and her performance significantly improved!

Most weeks are pretty hectic if I'm honest but I enjoy it and I love studying the Masters of Chiropractic course. Mondays, Tuesday, Thursday's and Fridays are 5:30/6am starts to ride before patients or lectures. On Wednesdays I play netball games to keep up my cardio and once or twice a week my fantastic intern, Christian Pederson takes me through my paces in the rehab centre to focus on body strengthening off the horse, followed by chiropractic treatment to correct any musculoskeletal imbalances. It has been challenging to compete internationally whilst studying but the University College have always been supportive and helped me balance a busy schedule. A huge thank you to the Institution for my 4th Sport Scholarship this year, it has been very beneficial for helping fund competitions and training every season! Embarrassingly, during my functional assessment this year there was a lot to assess... it is safe to say I am not the most functional off a horse. So with regards to this year’s aims it would be a dream to win one more medal for England before allowing my horse to retire from advanced level and pass an AECC University College functional assessment!


Discover more about our undergraduate courses, or what student life is like at AECC University College.