This week marks what would be the 92nd birthday of Desmond Thomas Pim, one of the passionate and original founders of what was formerly the Anglo European College of Chiropractic, now AECC University College. 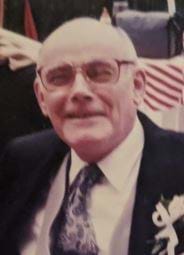 Desmond, who was born in Belfast in 1927 and passed away in November 2018, was described as ‘a man before his time’, with a mind ‘unconstrained by tradition and opinion’. At the early age of seven, Desmond contracted tuberculosis, for which there was no known cure. A family member paid for him to attend the high-altitude sanatorium in Switzerland, where he was treated by the life-saving Heliotherapy treatment and made a full recovery.

This experience alongside his inquisitive mind generated a natural interest in the relationship between health and recovery and drug free, non-invasive treatment.

Following his stint in the Merchant Navy during the Second World War, Desmond saw U-boat action whilst on convoy duty, travelling from the UK to North Africa, the Far East, South America, the United States and Canada.

After discovering how beneficial seeing a chiropractor was for his back pain, Desmond travelled from his home in Canada to Davenport, Iowa in the USA and enrolled in the class of 1953 at Palmer College of Chiropractic. Here he studied under BJ Palmer, a legend and pioneer in chiropractic.

Desmond built a successful practice of his own over six years. In 1964, Desmond and his family then moved to Reading where he continued his quest for study and knowledge, gaining qualifications in osteopathy, naturopathy, herbalism, and acupuncture.

In 1965, Desmond played an instrumental part in founding the Anglo European College of Chiropractic, the first chiropractic institution in Europe right here in Bournemouth, now a specialist university college offering more variety in health science courses from psychology, to sport, exercise and rehabilitation.

Desmond provided the much needed advice and financial resource in the crucial early stages of setting up the chiropractic institution, giving a percentage of his income each week to help get the initiative off the ground.

During Desmond’s 47 years of continuous practice in Reading, he developed one of the largest chiropractic and natural health practices in the country. Desmond is survived by his wife, Yvette and five children, Richard, Moyra, Jonathan, Michael, Fiona, and six grandchildren.

Discover more about our undergraduate and postgraduate chiropractic courses, and read more about AECC University College's heritage and history.