Patient, healthcare professional, or researcher, learn all about our Bournemouth Open Upright MRI. We’re proud to say that one of very few open upright MRI scanners in the country is right here at the AECC University College. Speak to your doctor about our referral only service and find out about our open upright scanner, opening times, and how to prepare for your visit with us.

Preparing for an MRI

Prepare for your appointment in advance. Read what happens when you get here and what happens afterwards in our first visit guide. Any questions or concerns please get in touch with the MRI team on 01202 436276.

Preparing for an Mri guide

How to make a referral

To make sure we’re providing quality provision, our MRI service is available on a referral only basis. We accept referrals from healthcare professionals who are registered with a public healthcare regulatory body, so if you’re a patient and think our Open Upright MRI could help you, let your doctor know. Your doctor can download our referral form or email the team and we can send a form out to them.

Remember to pay attention to the safety questions on the referral form - it will help us process your patients referral quicker.

We’ll contact your patient and arrange the appointment after we receive the form. We’ve put together a preparing for an MRI guide so your patient can find out what to expect during and after their visit. 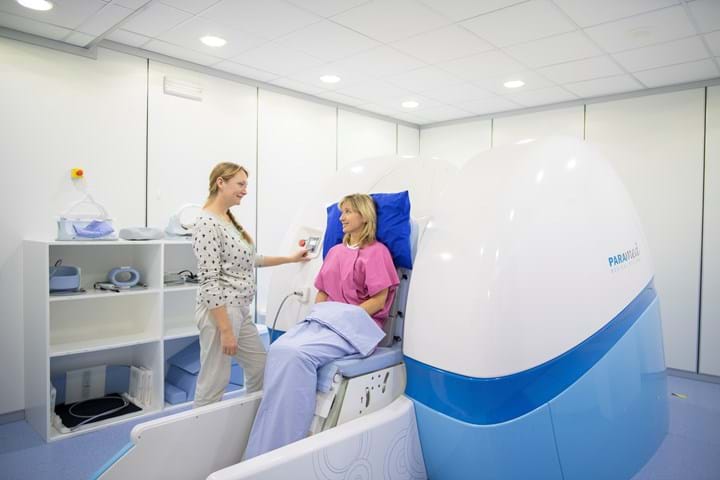 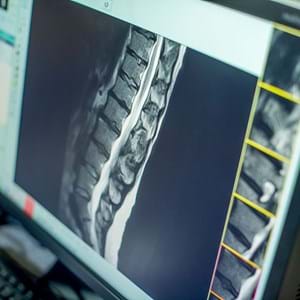 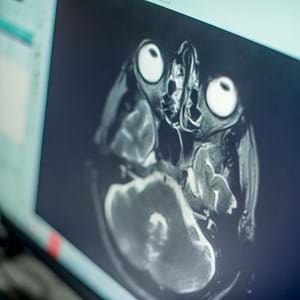 Patients will need to be referred by their doctor or healthcare professional for our MRI service. If you are a patient, you can speak with your doctor about our service and they can download a referral form

There are many benefits to Open Upright MRIs over conventional scanners. With an estimated 10% of the UK suffering from claustrophobia, our scanner helps as the patient is not in an enclosed space - meaning they can see up and out of the scanner.

We’re a private scanning centre and are happy to accept NHS or insured patients with funding. Don’t hesitate to speak with us if you have any questions about the clinic, payments or our treatments and services.

Bournemouth Open Upright MRI is a 0.5T open scanner and uses two magnesium diboride superconducting coils (instead of copper) mounted on the inside faces of a solid magnet. The coils allow it to operate at a higher temperature than conventional scanners, using essentially no cryogen. These lower field scanners, which of necessity give lower resolution images, are especially useful for patients with musculoskeletal conditions, or those who are anxious or claustrophobic.

Our open upright MRI can offer scans in a variety of positions that are not possible in a closed magnet, as well as in weight bearing and non-weight bearing positions. Weight bearing scans are typically asked for to determine the influence of axial loads on soft tissues. A likely application is the investigation of dynamic stenosis in the lumbar spine – comparing loaded and unloaded configurations. These configurations may also be requested to confirm latent forms of spinal canal encroachment and compressive radiculopathy.

You should be aware that weight bearing scanning runs the risk of movement artefact on the images and results in a trade-off between clinical need and image quality. Adequate clinical justification is therefore needed for them. 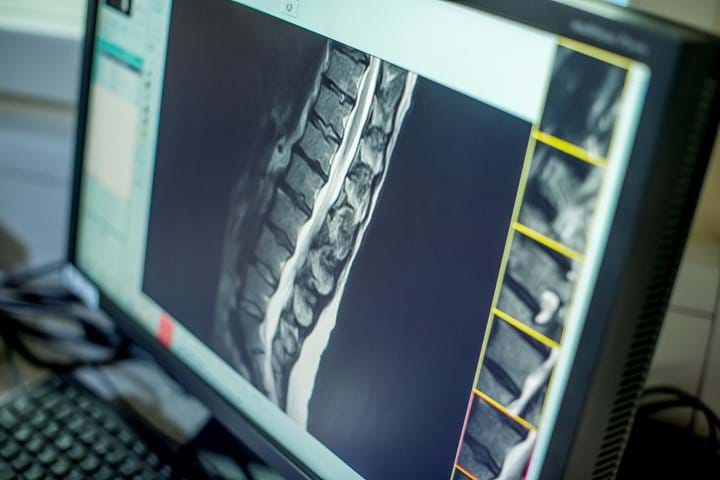 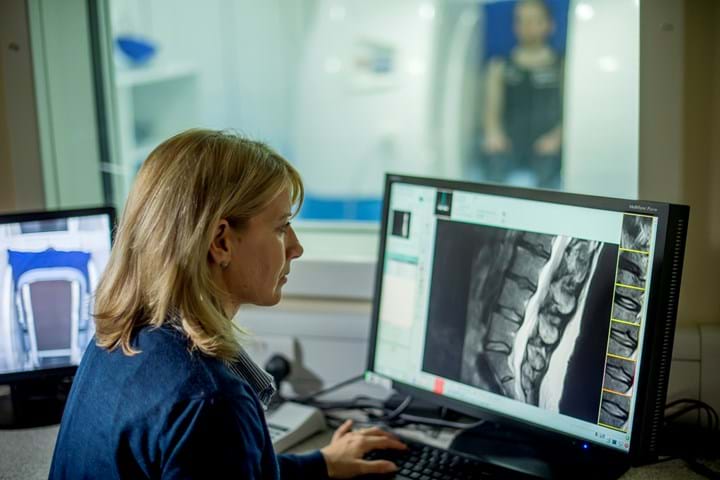 MRI stands for Magnetic Resonance Imaging and uses magnetic fields and radio waves to produce images of the inside of your body. Conventional scanners - those you’ll see in most hospitals - take these images while you lie down in a tube. You’ll hear some noises while the scanner works, but you won’t feel a thing.

MRI is a very safe procedure which millions of people undergo every year. However, certain safety checks in relation to the presence of pacemakers, medical implants in the body, metal in clothing and embedded metal splinters (for example in the eyes) are necessary because of the strong magnetic field. These need to be excluded before any scan and there is a series of checks to ensure this, starting when we receive the referral form from your health professional and begin to arrange your appointment.

Our team of trained radiographers are there to support you through your scan and one of our Consultant Radiologists will interpret your images, this written report will be sent directly to your referrer within 2 working days. If you’re preparing for your visit, this preparing for an MRI guide will give you all the information you will need.

Preparing for an MRI guide

For details on how we manage and protect information about you, please read our patient privacy policy.

Access to the MRI is based on a competitive bidding system, and our Bournemouth Open Upright MRI team will review each bid and make a decision from there.

We’ll give priority to projects that have detailed imaging protocols and plans for imaging analysis, clear and tangible outcomes, a well-articulated and justified time frame (including number of scans, length of scanning time, duration of study), are feasible in regards to resource implications to the Imaging Centre and work streams, have National Research Ethical approval, and are able to cover their own costs for scanning.

Speak to the Clinical Director for Special Imaging for advice if you’re developing a protocol or grant application. They’ll be happy to help.
Contact the clinical director of special imaging

How to find us

You can find us on the AECC University College campus, in Bournemouth, Dorset. There’s free parking onsite (car park 2) and on the roads around the campus.

We’re open Monday to Friday from 9am until 5pm*


*We have answerphone facility when the office is unmanned so please leave a message with your contact details and we will contact you as soon as possible. 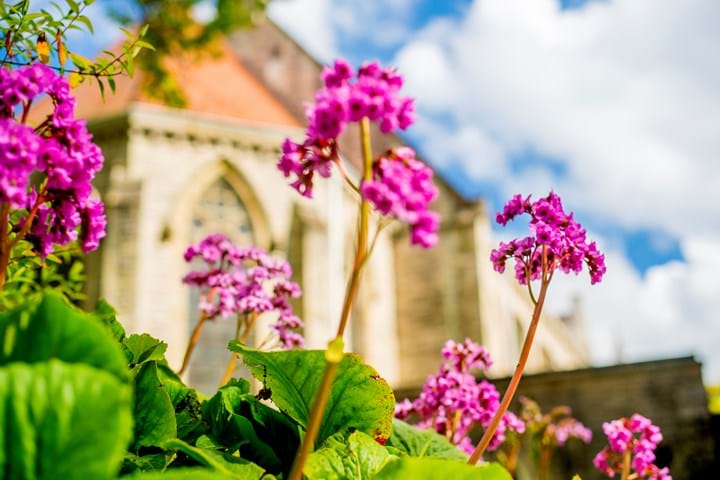 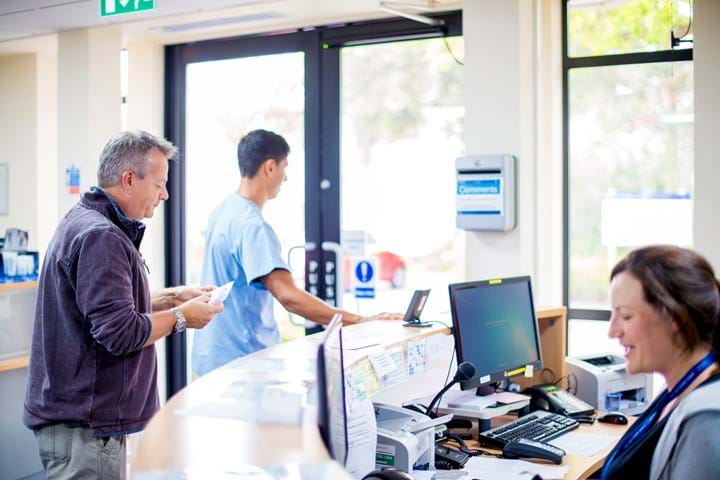 The Bournemouth Open Upright MRI team consists of a Clinical Director, Radiographers, professional services, and a team of Consultant Radiologists.  You can find out more about our Radiologists here. 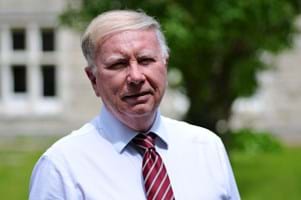 Alan Breen graduated from the Canadian Memorial Chiropractic College in 1967 before setting up his own chiropractic practice. In 1986 he became Director of Research at the AECC University College, focussing on musculoskeletal research and epidemiology whilst encouraging staff to undertake doctoral studies. In 1999 Alan became Director of a new Musculoskeletal Research Institute where he continues to work.

Alan is also Professor of Musculoskeletal Research both in the Faculty of Science and Technology at Bournemouth University. As well as this, Alan holds the position of Clinical Director for Special Imaging, responsible for the Bournemouth Open Upright MRI service and Quantitative Fluoroscopy (QF). 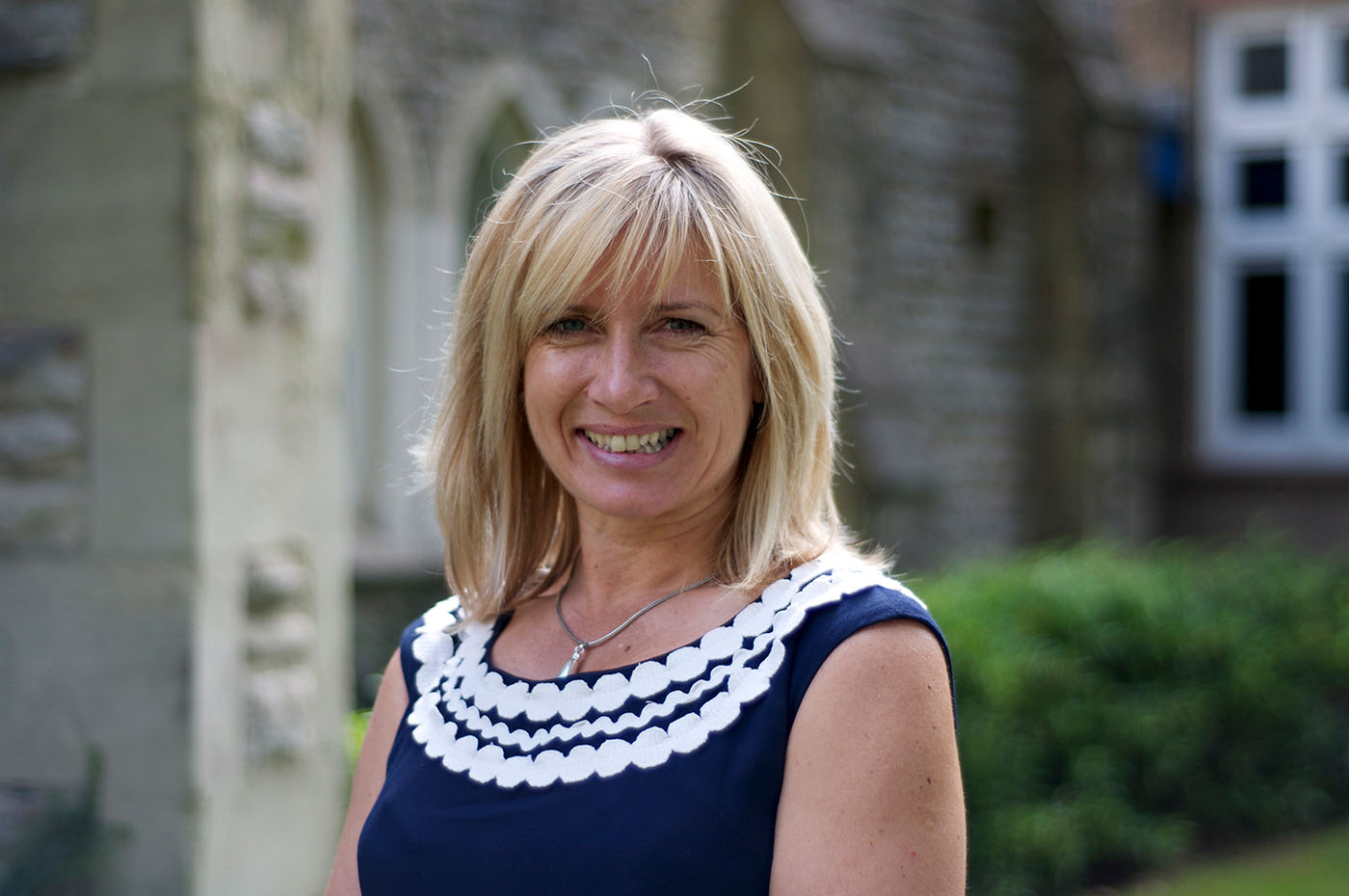 Debbie Horne qualified as a diagnostic radiographer in 1988 from The Ipswich School of Radiography (now part of the University of Suffolk) and started her career at Ipswich Hospital. In 1992 she moved to Swindon and began to specialise in cross-sectional imaging (CT and MRI scanning) and during this time also had the pleasure of working in Australia as part of a ‘job exchange’. In 1998 an opportunity arose to help set up a new MRI service in Salisbury. A change of direction came in 2002 when Debbie went to work for GE as an MRI product specialist.

In 2005 she returned to clinical practice in Salisbury working there till 2015 when she joined the team at the Bournemouth Open Upright MRI as part of the AECC University College. One of her most exciting ‘work related’ opportunities came in 2012 when she was one of the volunteers in the medical team at London 2012 providing MRI scanning for the athletes and support teams in the Olympic village. 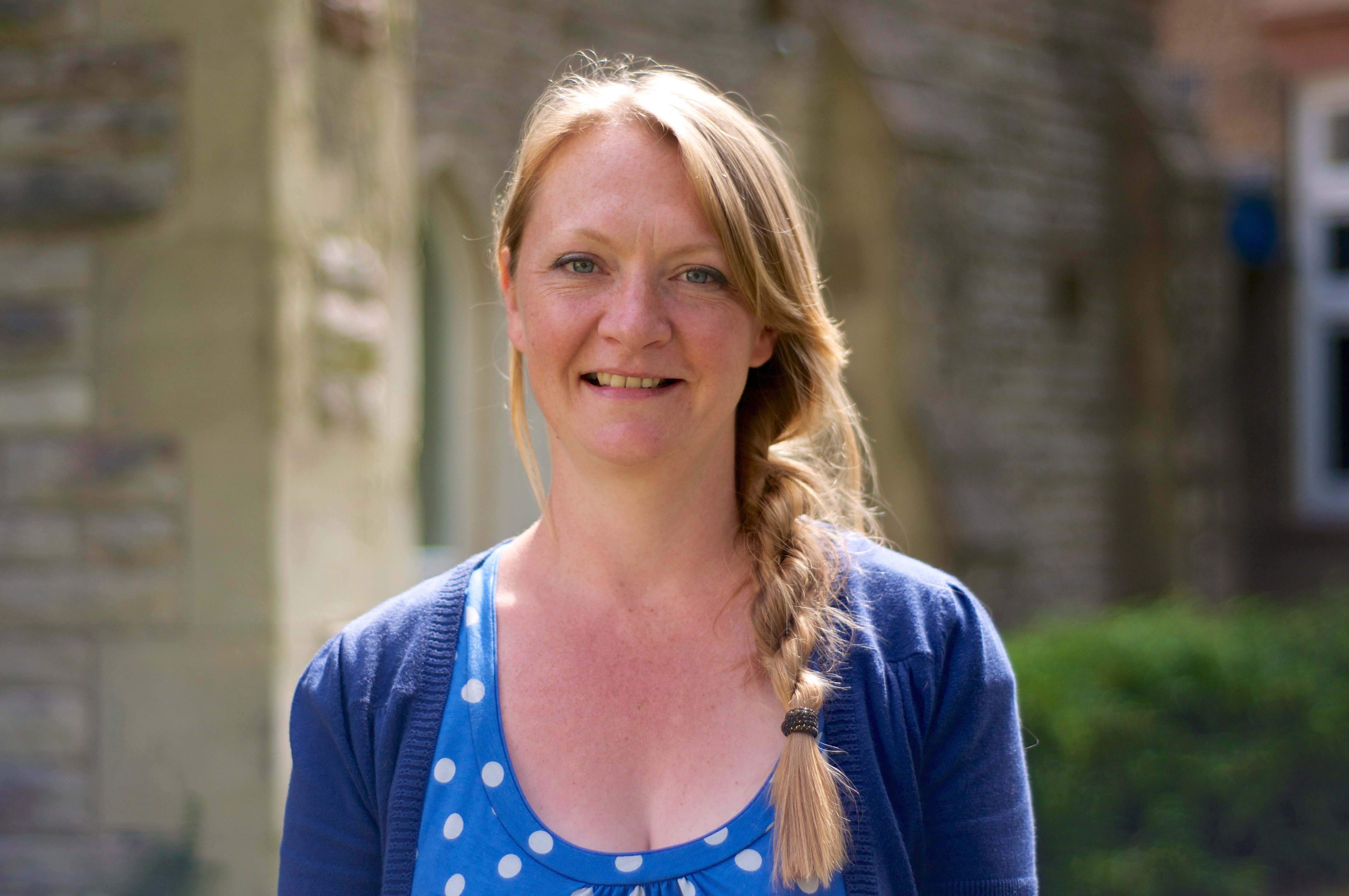 Melanie Hart set up the Bournemouth Open Upright MRI service in June 2014. Previously Melanie worked at Oxford University’s Acute Vascular Imaging Centre, where she was a Senior Research Radiographer. She qualified as a Radiographer in 1996 from the University of Portsmouth and commenced MRI training in 2002. Since then, Mel has gained a BA in law, criminology and social policy, an MSc in Magnetic Resonance Imaging (MRI) and has managed NHS, Private and Research MRI units.

Can I self-refer for a Open MRI scan?

We don't accept self-referrals, you must be referred by a health professional who is registered with a public regulatory body, such as a GP, osteopath, chiropractor or consultant.  However you may wish to download our referral form and pass this onto your healthcare professional.

When will I find out the results of my MRI scan?

Your scans will be reported on within 2 working days and sent out to your referrer by fax or post.

Who will see my images after they are reported on by the radiologist?

You will be given your images on an encrypted USB stick before you leave us, the password for which will be posted to you when the report is available to your referrer. These can be given to your referrer or any other practitioner. Where NHS patients have been accepted their images will be made available to the referrer through the Internet Exchange Portal (IEP) on their request once fees have been received.

Can I have a copy of my MRI report?

Only your referrer can supply you with the results of the MRI scan.

How do I get a copy of my report to give to a clinician who is not the one who referred me for my scan?

You must request the results of your MRI scan from your referring clinician.

Will I know the cost of my Open MRI scan before I have it?

Yes. We will tell you the cost when we arrange the appointment with you.

How can I adjust the brightness of my images on my USB stick?

Image contrast and brightness may be adjusted by using the toolbar at the top of the viewing screen.

Is there a cancellation fee?

Yes, we will charge one third of the cost of your investigation if you do not attend your appointment or cancel at short notice.

Can every body part be scanned upright?

No. Some part/position combinations cannot be accommodated by the open upright scanner's configuration.

I believe the Open Upright MRI scanner has a great future. I was apprehensive as I have been in pain for several weeks and could not lie still on the flat... You soon put me at ease and I was delighted. 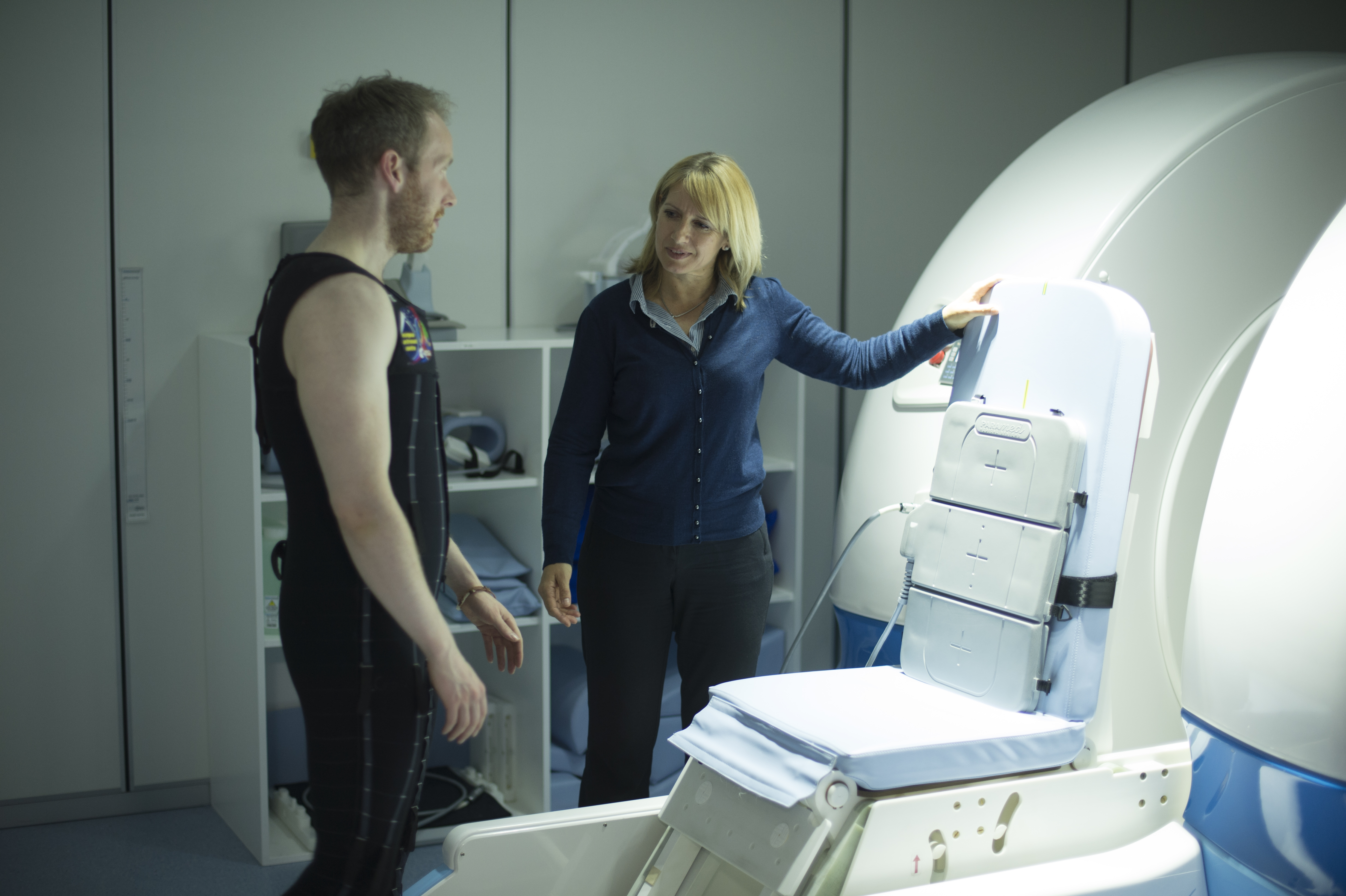 Want to know more about our Bournemouth Open Upright MRI scanner and services, or need to ask a question?

In the first instance, please call us on 01202 436276. Alternatively send us an enquiry using the form at the base of this page.

Should you wish to refer a patient to Bournemouth Open Upright MRI, please download a referral form and fax this to us on 01202 422009. Note: we are unable to accept referrals via email.
Download Referral form

See your spine move in realtime motion at AECC