Support and Care for Defence and Veteran Communities: The Wider Strategies 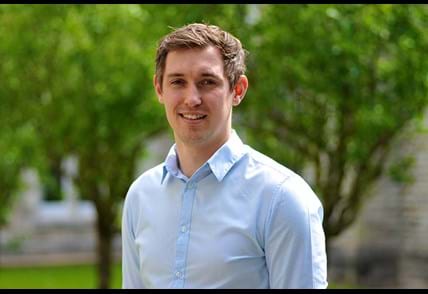 
As the fourth showing of the Invictus Games came to a close in Australia last week, and we announce our partnership with the Armed Forces Para Snowsport Team (AFPST) there is an opportunity to reflect on how we can all support our veterans better.

Ministry of Defence statistics estimate that there are currently 2.56 million UK Armed Forces veterans living in the country. Ranging from veterans of the Second World War, Burma, The Falklands, Northern Ireland, Kosovo, Iraq, Afghanistan and other combat zone, the reality is that we have a growing number requiring support from our health services.

The Duke of Sussex created the Invictus Games based on his experiences visiting the United States Armed Forces’ Warrior Games. “The Invictus Games use the power of sport to inspire recovery, support rehabilitation and generate a wider understanding and respect for wounded, injured and sick Servicemen and women.” This is the synopsis that greets you on the charity’s website and it is an important message. Sport is a fantastic tool for recovery, especially with individuals who have been employed in physical roles and in whom the benefits of team-work have been instilled throughout their training and operations. Such challenges and events have been utilised by other armed forces charities providing focus, support and the social integration on which they have relied during their time in the forces. Importantly, the Games are an opportunity for veterans and their families from across the world to come together and celebrate the steps they are taking in their physical and mental recoveries. Although medals are given out and healthy rivalries surface, winning is not everything, and there are many stories from the Games that reflect this. It is a goal during their recovery, a process that is more frequently than not supported by charities as much as the MoD or NHS.

The Ministry of Defence offers medical and emotional support to all serving members of the Armed Forces and for a short period after leaving. Greater focus has been placed on the need to provide long-term mental health support to veterans, especially considering that some illnesses do not present for years after the trigger event or events. This focus has also been magnified in light of the fact that suicides by veterans of the Afghanistan mission have now exceeded the number of fatalities during the combat operations. After reports by Rt. Hon. Dr Andrew Murrison in 2010 (Fighting Fit) and 2011 (A Better Deal for Military Amputees) steps have been taken to provide wider reaching provision of health support. In partnership with Combat Stress and Big White Wall, mental health support is now accessible 24/7 by veterans. Thanks to additional funding and the formation of the Veterans Prosthetic Panel (England only) in 2012, 469 applications have been approved for amputees to receive treatments not available to them on the NHS. Funding for health support has increased by £53 million since 2015, distributed through charities and the NHS, with some proceeds coming from banking fines. Unfortunately, costs and the availability of funding will always restrict the amount of specialist and priority provision that the government can provide. Combine this with the number of veterans in the UK and foreign policy, meaning we have engaged in conflicts and humanitarian programmes globally for many years, funding has to prioritise the most common health issues. According to the MoD it is the NHS’s responsibility to provide healthcare for all veterans, but considering the well understood burden on the system already, should we be providing more support elsewhere and be considering the wider strategies?

As an educational institution specialising in health sciences, encompassing psychology and sport performance, AECC University College is well placed to provide support to some of those who need help. For example, in our partnership with the AFPST the University College is in a fantastic position to offer world class testing facilities as well as elite level sport science support provision to their athletes, aiding them in achieving their goals, whether it’s to ski for the first time or compete at the Winter Paralympics.

One of the significant benefits for us as an institution is the chance to advance our understanding of performance, training needs and responses in injured veterans, research opportunities and to help raise awareness and profile of disability sports in the UK and internationally. The experience we have had with the charity has been extremely welcoming and they see the value in having us on board with them. I have no doubt there are other charities and veteran support groups that would gladly work with similar institutions, to help provide learning and rehabilitation opportunities for those that they support. This would shorten the time taken for veterans to be seen by qualified professionals and reduce the burden placed on the NHS.

Ultimately we have a national responsibility to provide support to these charities and, most importantly, the serving and veteran members of the Armed Forces.