Zac (14) sustained a broken collarbone back in April, and since then has been working with Phill Heritage in our Human Performance Laboratory, with the specific target of getting him ready to compete again.

We spoke to Zac, his dad John, and Phill about Zac’s rehab and his prospects at the upcoming championships. 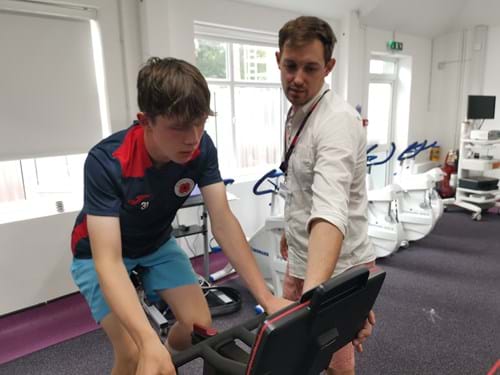 On his injury and the initial set back.

Zac - “When the injury happened I instantly thought about the worlds, and how my year might pan out.

“It happened just before the Scottish round of the national series, which we couldn’t attend. And that was a real blow”

John - “He was doing sessions at home on a turbo trainer after 3 weeks – he wanted to come back even stronger.”

Zac and his Dad came to see Phill at AECC UC as they knew that with the right training he might still have a chance at making the World Championships.

John - “We needed at fast-paced programme to get Zac back to fitness. Phill’s put a terrific programme together. With the world champs as a specific target, we had to focus on increasing Zac’s threshold to allow him to go further and harder.

Zac’s first proper race since the injury was in round 7 of the South BMX Regional Series in Runnymede. From Lane 8 Zac managed to finish second, overcoming a slow start and an additional 10 metres from the outside lane.

“During the race, I could tell I was going faster than usual and had energy left it the tank. It definitely gave me a confidence I wasn’t far off and I ended up finishing 2nd.

On how coming to AECC has helped Zac improve his performance.

Zac - “I definitely feel like I’m a better athlete than I was before. I’ve learned how to keep my speed up for longer”

On how Phill has helped him specifically.

Zac - “He’s helped me to get as ready as I can be for the Worlds, physically and mentally.

On competing at the Worlds.

Zac - “I’ve been working for 2 years with this in mind, so really I’m just proud to have qualified in the first place.”

“I’m also grateful to have recovered from the injury.”

On handling the heatwave in Europe.

Zac -“I’m feeling fine actually, I’ve been training in the heat here which has helped”

Dad John adds - “We couldn’t have paid for this level of acclimatisation!”

On his ambitions for the future

Zac - “First, to keep coming back to AECC for training and testing and to improve. But more specifically I want to compete at the 2028 Olympics in LA. That would be something I’d really be proud of.”

Zac and his family head to Nantes, France later this week for the UCI BMX Racing World Championships which start on the 24th July. They then return home to Bournemouth for the British BMX Championships in August. It’s the first time the ‘Brits’ have been held in Bournemouth since 1994. 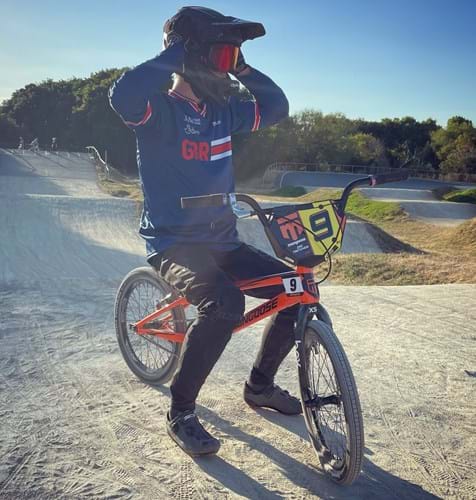 Are you or someone you know in need of sport rehabilitation, or performance testing? Head to our Sports Performance Centre to find out about our services.