Reflection on the Life of Ray Broome

It was with great sadness that AECC University College learned of the recent passing of Ray Broome. Ray graduated as a Chiropractor from Palmer College back in 1969. His association with the AECC, as it was back then, began when he worked in Donald and Elisabeth Bennets’ practice in Guilford.

Donald and Elisabeth were two early UK Chiropractors who, along with Robert Beech, founded the original AECC campus in Cavendish Road in 1965. Fifteen years after moving to Oxford, where he opened his first clinic, Ray joined the AECC in the 1980’s as the Chiropractic College’s Clinic Director.

His time and involvement with the AECC, and his impact on students and staff, are remembered by two of our existing academics at AECC University College.

Director of Clinical Biomechanics Research at the University College, Professor Alan Breen, said: “Ray Broome was a highly respected Chiropractor who, for many years, ran a thriving and highly ethical practice in Oxford.

“He was acknowledged to have the highest level of manual skills imaginable and his fame was international – especially for extremity techniques.  He was a regular contributor to Chiropractic conferences and CPD events and, like many of his time, he responded to the call to contribute to teaching at the AECC and became its Clinic Director for a time.

“Students and colleagues alike came to regard themselves as very lucky if they could say they had been coached in technique by Ray Broome. Ray and Anne became close personal friends of mine, having shared many of the experiences of AECC’s early development.

“Ray went on to join the AECC Board of Governors and eventually became its Chairman.  Even after his term of office ended, he was a regular and warmly welcomed presence at Graduation ceremonies.  He had a deep affection for AECC students and staff, and the feeling was definitely mutual.”

Director of AECC University College Chiropractic Clinic, Dr Neil Osborne, remembers: “A year or two after I graduated, I had the pleasure of working for Ray Broome. He was well known in the profession as one of its bright lights: politically active and an ex-AECC Clinic Director.

“I will always remember the date of the interview because there was a bomb scare in Oxford and I was stuck on the Ring Road for about four hours, without a mobile phone. Being four hours late for any interview is not a great start to impress a prospective employer.

“However, this didn’t faze him in the slightest and, together with his wife Anne, we got on like a house on fire. I learned a huge amount from Ray. Perhaps the most immediate thing that struck you about him was his gentle, quiet and competent manner. This went a long way in putting patients and perspiring nervous late interviewees at ease.

“His gentle persona was also reflected in his manual skills. A gentle, specific and quick approach to manipulation: he was a craftsman and I learned a great deal. He taught me his system of peripheral joint manipulation that was subsequently published in his book on that subject in 2000. A book which should be on your bookshelf if it isn’t already.

“When I was working for him, he would frequently tour the world teaching peripheral joint technique, leaving me to cover his patients. It was a question of ‘getting away with it’ rather than being able to replace him.

“At that time, he was in semi-retirement, and continued in retirement / semi-retirement for a number of years. Ray Broome didn’t retire, he just gave his wrists the occasional holiday.

“A tremendous artist of manual therapy, great contributor to our profession, and great friend to AECC, where we would frequently see him and Anne at graduation as VIPs. I had an awful amount of respect for him and he will be sorely missed."

All institutions, despite seeming to have been there forever, start out small and fragile. The visionaries and pioneers that were there at the beginning required great confidence and commitment to see such nascent projects off the runway and into the air.

Ray has been such an individual both within the UK Chiropractic profession and in his association with the early AECC.

For that we are eternally grateful. 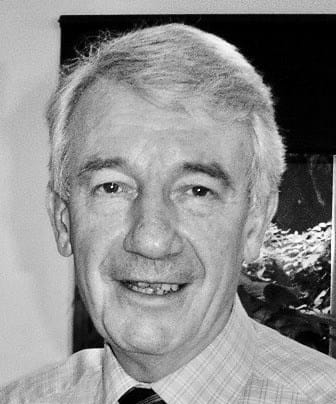