Reflecting on a Career in Sports Rehabilitation

Tom Bennett is Course Leader on the MSc in Sport and Exercise Rehabilitation and the MSc Sport Rehabilitation and Therapy. He has over 18  years of experience working with both professional and amateur athletes across a range of sports and clinical settings.

Tom tells us more about his career in Sport Rehabilitation and what makes it such a varied and exciting career:

“I graduated from St Mary’s University in Twickenham in 2003. At that time there were only two Sport Rehabilitation courses in the country.

“Courses in Sport Rehabilitation were established because there was a perceived need for a healthcare professional that catered for the health and injury wellbeing of people outside of the NHS.

“I’ve worked exclusively within sport throughout my career, treating musculoskeletal injuries. I’ve predominantly worked in the elite sport pathway. I’ve also worked both as a practitioner and as an academic – pretty much equally.

“After graduating, I worked in semi-professional hockey and this really opened up career opportunities for me. Even if your ambition is to work in elite sport, it’s very likely that your first job is going to be in amateur or semi-professional sport. It’s these roles that open doors for you and help your career progress.

“The hockey team that I worked for signed four international players from different countries and I went on to work with four international teams, including the New Zealand Black Sticks. We signed a player from New Zealand who felt comfortable working with me and recommended me. Building rapport with the players and individuals that you’re working with is so important.

“I also worked with Welsh Hockey as Head of Therapy. A good Sport Rehabilitation degree prepare s you to be autonomous, so that you can work independently when the size of the team requires it. You’ll be able to carry out acute assessment of an injury, and rehabilitate the player all the way back to playing.

“In these early roles, I was responsible for everything from pitch-side therapy and trauma, all the way through to player recovery. I also helped to design some of the team’s fitness training content.

“That changes as you go through your career and you work for elite teams, who have bigger support teams. For example, in the Premier League there could be upwards of 30 members of support staff and everyone has very clear roles and a clear remit. You become more specialist as a result.”

“In 2004 I went to my first Paralympic Games in Athens, volunteering as a Therapist in the polyclinic. The polyclinic provides support services for countries that don’t have the funding for big teams of support staff. I paid my own way to do that and it gave me the chance to be part of Paralympic sport for the first time. It was a fantastic learning opportunity.

“Alongside these roles, I was still in academia, lecturing at St Mary’s University part-time. I believe it’s really important for academics to be clinically active, especially in healthcare. That way, our teaching is enriched by our own practice and our clinical experiences. I think it’s fantastic that all of the teaching staff in the School of Psychology Sport and Physical Activity have clinical histories and are all still clinically active.

“In 2006, I did a Masters in Sports Medicine. At this point, Sport Rehabilitation was still relatively new and was still trying to establish itself and its place in healthcare. At that time, it was generally physiotherapists and doctors that did this degree to specialise in sport.

“For me, it felt like an opportunity to validate the profession and also to remove some of those misconceptions about my skill-set as a Sport Rehabilitation Therapist. I think that decision was of its time: I think if I was at that stage of my career now, I wouldn’t need to do it.”

“I moved from hockey to Ealing Trailfinders Rugby Club. At the time they were in a local London league and had huge ambition and significant financial backing. Every year the team was promoted and the ambition and expectation were higher.

“I was there for five years and in that time, I went from working on my own to working in a team with two other therapists, two strength and conditioning coaches, and a doctor. I headed up the department and we regularly took on University students on placements with us, which was great.

“I was with the team right up until they went full-time due to their success. I still wanted to combine being a practitioner with teaching and I would have needed to commit to leading the support staff full-time. It was time to move on, but working with the team had been a massive learning curve for me and it was brilliant for my career. It gave me the chance to work with full-time professional athletes.”

“For the next five years, I started coaching in triathlon – which was a detour away from Sport Rehabilitation. I was working alongside Triathlon England, working with talent athletes.

“Triathlon has been the biggest growth participation sport over the last 10 years; it has really boomed, helped partly by success in the Olympics. I was coaching professional triathletes and also working at the local triathlon academy. I also started coaching at the biggest triathlon club in the country.

“I then started working on the British Triathlon Paralympic programme, coaching athletes. It was a performance programme, so I helped prepare athletes for an exhibition at the London Paralympic Games in 2012. This was the first Paralympics where triathlon was piloted as a demonstration event. I was also helping athletes to prepare for Athens in 2016.

“As a coach, I had a much broader remit due to my background in Sport Rehabilitation. I was able to look after the musculoskeletal rehabilitation of my athletes. I was still doing my profession, just slightly differently.”

“In 2016, I had been travelling a lot and I had two small children which made being away more difficult. Working in this industry isn’t a nine to five profession – it’s a 24/7 life. You really have to be 100% committed to that to be successful. A player could call you at 2am in the morning with a health complaint and you need to manage that situation.

“I moved to Bournemouth University in 2017, helping to establish and run a Sports Therapy programme there. I was there for one degree cycle and then moved to AECC University College.

“I’ve always worked in academia and have strong experience in writing, running and getting Sport Rehabilitation degree courses validated and off the ground.”

Reflecting on a career in Sport Rehabilitation

“Graduates of Sport Rehabilitation degrees have so many opportunities available to them. For every Premier League football team, there’s at least one (typically two) full-time rehabilitation graduates working within that set-up. Professional teams see the value in Rehabilitation professionals, which is brilliant.

“Opportunities lead to other opportunities: you have to start small for the big things to happen. The connections you make are so important; the networks of support staff are actually so small and interconnected that it doesn’t take long for someone to recommend you for another opportunity or another job that’s a lot bigger.

“When I worked with Ealing  Trailfinders, and being based in Twickenham, I got to know the medical team at Twickenham. Whenever a team came over to play the England Rugby team, I would be part of a team of support staff that supported them while they were in the UK. I got to work with the All Blacks, the Springboks and the Wallabies pretty much every time that they were here. I never thought I would get to work with these teams, but I did because of the relationships I had made.

“You just don’t know where your career is going to go from being in the right place at the right time. These opportunities are rarely advertised: people want to work with support staff that they know and trust. That’s how the sports medicine world works.

“It’s about doing a good job at the level that you’re working at at that time – even if it’s not where you ultimately want to work. You’ll find your career starts to grow organically.” 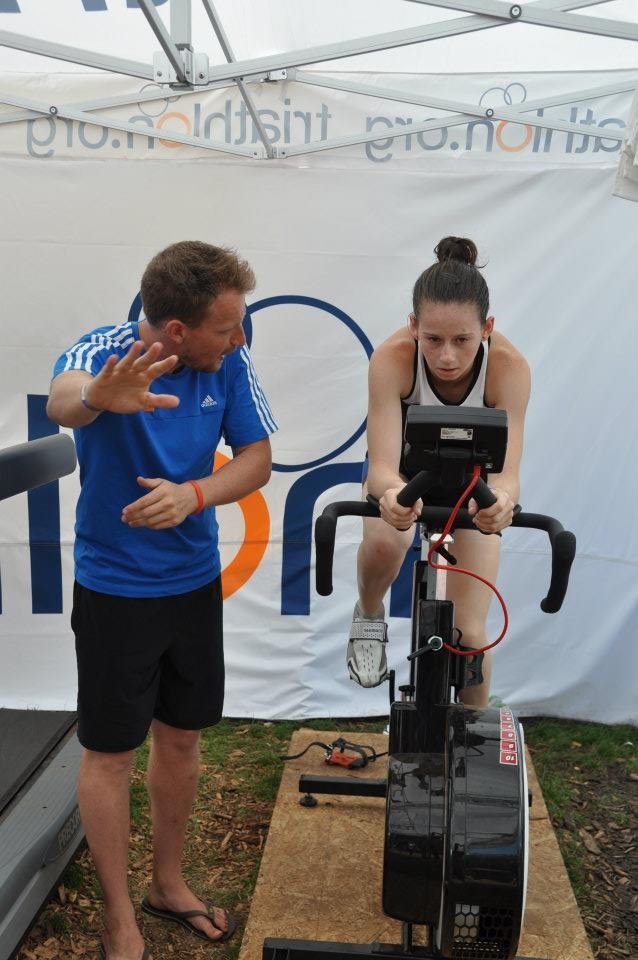 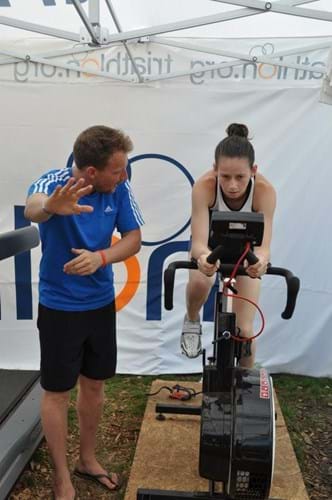