Professor Dave Newell is Director of Research at AECC University College and responsible, amongst a diverse range of academic and management projects, for our first submission into the Research Excellence Framework in 2021.

Dave studied Biological Sciences at Plymouth University and went on to complete a PhD in Molecular Biology in 1986. Since then, he has taught, undertaken and supervised research in higher education institutions in multiple basic science and chiropractic programs in the UK and Australia.

In 2017, AECC University College secured a significant research grant from the Chiropractic Research Council to second Dave as a Senior Research Fellow in the department of Primary Care and Population Sciences within the Medical School at the University of Southampton.

Dave presently has a large number of research collaborations underway both in the UK and internationally and is presently supervising five PhDs, three at the University of Southampton and one each at Bournemouth University and Teesside University.

He tells us more about his own research interests, how these have evolved over time, and the process of entering the REF for the first time:

A career in research

“The early part of my research career, in the first 10 years I spent at the AECC University College (1987-97), I spent a lot of time listening to muscles. This was a completely new area and used microphones to record the ‘rumbling’ sound that muscles make when they contract. I was lucky enough to be at the very first conference where this phenomenon was named vibromyography. It’s now become a specialist area of research in its own right.

“When I returned to AECC University College in 2007, after teaching at two other higher education institutions in Australia and the UK, my interest became focused on investigating the process of recording and evaluating patient-reported outcomes.

“To ensure these measures are fit for purpose, these questionnaires are subject to clinimetrics research before they can be used in clinical settings. I was involved in some of the cliometric research of the Bournemouth Questionnaire (BQ), which was created at AECC University College in large measure by our previous Vice Principal, Professor Jenni Bolton.

“It was for this type of research that I first started getting papers published in journals, such as Spine.

“In 2007 I began collaborating with Jonathan Field, a chiropractor and academic who also currently works with me at University of Southampton. At the time, he was working exclusively as a clinician and he developed an online system, Care Response, which allows you to automatically collect outcome measures from patients in clinical settings.

“This allowed the more efficient collection of large amounts of clinical outcomes in chiropractic settings, which generated a whole new area of research that I have been involved in ever since.

“Such work also led to two PhDs and recently a potential collaboration with a UK-based university to explore the use of Artificial Intelligence and ‘big data’."

“We now know that when patients and clinicians engage in a therapeutic encounter, there are multiple elements that can affect the clinical outcomes that the patients experience, many of which you wouldn’t think of as part of the treatment.

“For example, the type of language that is used can influence the amount of pain that you feel. For example, if your tendon injury is described as the tendon being ‘ripped’, you may feel more pain than if the language used was less alarming such as being ‘slightly compromised.’ These are examples of what are traditionally dismissed as placebo and nocebo effects, but we now know that such effects are clinically important and have defined neurological mechanisms that underpin them.

“Other factors such as body language, empathy, and the confidence that a patient has in a practitioner, can all affect whether a patient recovers and can directly affect perceived pain, turning it up or down.”

Our perception of the world

“The power of contextual factors is rooted in the way that we experience the world. We essentially create the world that we see in our minds: we predict what we think is there, based on previous experience and the present sensory input.

“In a way, we ‘model’ the world second by second and it is very convincing. Just like when we dream, we often have no idea that we are dreaming. It all feels completely real: you can walk around corners, you can feel the wind, you meet people. That’s because there is a model of the world in your head that you can run when your eyes are closed.

“One of the differences between dreaming and being awake, is that when you’re awake, you’re checking your dreaming against the sensory signals that are coming in from the ‘real’ world. Essentially, when we’re awake, we’re predicting the world we think should be there. Some have even called this hallucinating reality.

“That’s why we make mistakes, confronted with visual illusions because they manipulate us to see what we think should be there based on other cues (shading, lighting and colour etc), not what is actually is there. Think of a drawing that looks completely three-dimensional on a piece of two-dimensional paper. It’s not what’s actually there but what you are making up."

“What’s more, as very social animals, we’ve become very attuned to other brains predicting what they think they see. We listen very acutely to each other and watch what is happening to others. This translates into a clinical context: if a doctor that you trust tells a reassuring narrative, then the model in your head that is saying that you have pain can be shifted and the pain may be turned down.

“In this way, the prediction and adjusting that takes place within our brains can literally cause pain to increase or decrease in some conditions by the release of defined neurotransmitters in neural pathways. That’s the basis of the ‘placebo effect’ and I’ve become pretty fascinated by its potential to be explicitly used therapeutically.

“Interestingly, it’s not just restricted to how much pain we feel either. For example, you can give subjects placebo oxygen for altitude sickness and they find their altitude-related headaches disappear, even though their oxygen levels haven’t gone up. There have even been several studies using placebo surgery in people with chronic knee pain.

“Surgeons put a sheet up and show the patient a real knee surgery taking place on somebody else’s knee on a TV screen whilst in reality only making a small incision in the patient’s knee. These studies found that patients that received placebo surgery are doing just as well as the patients who received the real surgery later – and no surgery actually took place.

“You can even tell people that it is a placebo and it will have the same effect if the narrative is right. So, the story told in the right way by the right person in the right circumstances can have significant power to change clinical outcomes for good or bad. This effect is in addition to any other effects directly associated with the treatment. However, sometimes these effects can be the entirety of the treatment effect.”

“Manual approaches that include large elements of touch, such as chiropractic, osteopathy and physiotherapy along with many other areas of medicine, can be very contextually rich and therefore lend themselves to improving outcomes in this way.”

“Presently there are 13 individuals in the Active Research Group at AECC University College all of which have defined time for research and are on one of our two institutional research  pathways. These individuals span across our three schools.

“It’s important to mention that these are not the only academics doing research at the AECC University College but they do presently produce the lion’s share of the institution’s research output. 11 of these individuals are contributing to the output that we will submit to REF.

“It’s great to be going through the REF process and to use this challenge to consolidate and expand our research output. If we do manage to secure funding as a result of this, it will help us in our push to develop and support our academic staff further, as well as develop and sustain other research capacity building such as a postgraduate research programme.

“Then, particularly if we are successful in our REF submission, we start to consider providing places for students to come and gain a PhD or a Professional Doctorate with us. This would be another important step in expanding our research activity and impact. It’s a very exciting time to be a researcher at the AECC University College as our new University starts to really hit its stride.”

You can read more of Dave’s research in our Research Repository here. 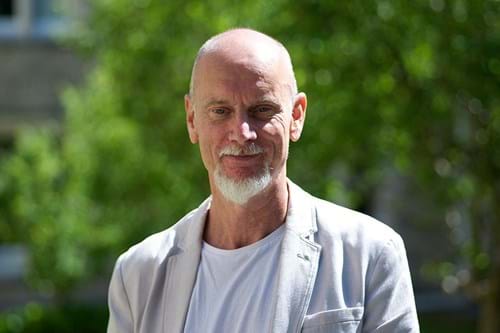