The impact of AECC at the European level, particularly the European Chiropractic Unions annual conference, has historically been substantial. 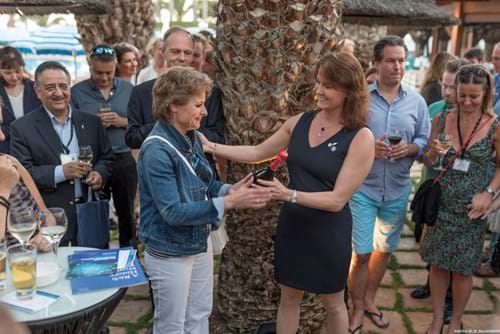 This year was no exception with a number of AECC staff, a mix of academic and professional services attended the ECU conference in Cyprus. Amongst the academic staff, Jacqui Rix, Joyce Miller, George Rix and Nicoline Lamberts, our new PhD student Amy Miller and Director of Research, Dave Newell, all presented either posters or platform presentations. Joyce and Amy also contributed workshops as part of the paediatric Special Interest Group for the European Academy of Chiropractic. 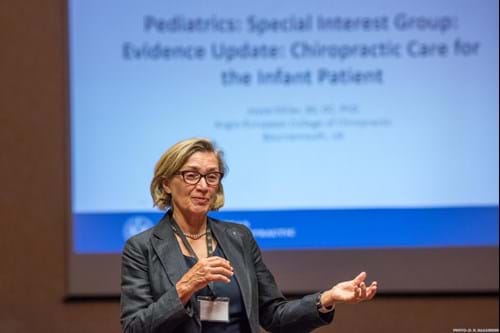 AECC traditionally provides a drinks reception along with the EAC and this year, as previous years, welcomed the many AECC alumni that now hold positions across the profession including research, politics and other chiropractic institutions. Here amongst other events, Nicoline Lamberts was thanked for her service to the EAC as Academic Director. It’s always a moment to be proud of the AECC’s enormous influence over many years in producing so many movers and shakers of the European profession. Of course, we hope that continues into the future as our new students move out into practice and take up the mantel of leading the profession forward. 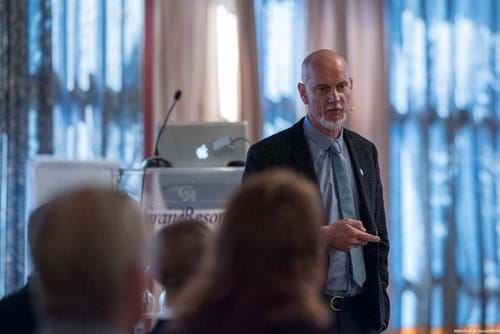 Jacqui Rix gives a flavour of her own personal experience at this year’s ECU Conference:

“The ECU Conference took place in Limassol, Cyprus this year. While the location was in a beautiful part of the world and one could be persuaded to peruse the Hotel’s private beach, I was drawn to the speakers and the opportunity to speak to chiropractors from around the world. I was fortunate to attend the Researchers’ Day at the beginning of the conference. Having been involved in research on a small scale, I was hoping to gain some knowledge and a little inspiration. I was astounded by the size and complexity of the projects being done in Chiropractic, the enthusiasm of the researchers and their passion for chiropractic. This passion for evidenced informed chiropractic was carried through to the main conference, where speakers such as Greg Lehman discussed ‘Reconciling Biomechanics with Pain Science’. My area of interest is in student learning and education and as such I was interested to see that educational research is alive and well! David Byfield from WIOC presented two posters and the AECC had two posters in the area of Chiropractic Education. The panel discussion on ‘The Future of Education’ was interesting and informative and the AECC’s Haymo Thiel did an excellent presentation outlining the delivery of education in the future and the influence of virtual learning environments and social media platforms in education today. In general, the conference is about listening to speakers and gaining skills that can be taken back to a practice setting and implemented, but for some the conference is about more than that. It is also about taking some of the great minds in chiropractic today and putting them together to network and collaborate to create not only better practitioners, but a better profession.”