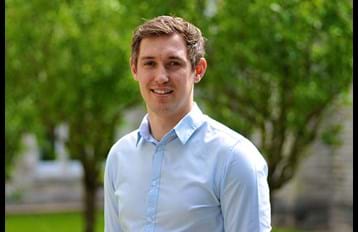 I have recently had the opportunity to work with the Armed Forces Para-Snowsport Team (AFPST) Charity in conjunction with GB Para-Nordic Skiing through our Sport Performance Centre here at AECC University College. What I hadn't appreciated was quite how big a learning opportunity this was. The following outlines some lessons learned.

We initially developed an assessment protocol for two athletes, one a double above knee amputee (LW-12 - Athlete A) and the other a brain haemorrhage survivor over the right motor cortex (Classification TBC - Athlete B); the lasting effect of this has been reduced motor control on his left side that worsens the further down the body you go. This instantly posed two main issues; 1) what does Nordic skiing involve and 2) how do the physical requirements of sit Nordic skiing vary from a standing position?

We had seven days to prepare for the initial testing session when we would meet Athlete A for the first time having met Athlete B for initial discussions. This therefore required a little detective work - cue Youtube. This video platform acts as such a great source of material to understand the movements that are involved in the sport, especially when you haven't had access to the athlete yet. In addition to reading some of the limited research on sit down Nordic skiing we were able to create an outline of the muscles that we needed to assess and the dependent variables that we though might be most useful. For both athletes we would focus on a mock-single-arm poling test to identify average and peak torque in the shoulder during shoulder extension. For the Athlete A we identified that a crucial movement to turn came from rapid lateral flexion and would measure average and peak torque in lateral flexion. Finally, we decided to attempt to measure the same variables during a simulated, unilateral Nordic ski movement in each of Athlete B's legs. This would then allow a bilateral comparison to identify any detrimental effects of the injury on performance.

We started the testing by assessing a selective range of functional movements: Overhead squat (Athlete B only), Active Straight Leg Raise, Rotary Stability and Shoulder Mobility were assessed. Due to the location of Athlete A's amputations he does not suffer the restrictions of tight hamstrings and as such his ASLR performance was scored 3/3. He also possesses good rotary stability and shoulder mobility. Athlete B showed some severe deficiencies as a result of his lack of motor control. Any action requiring balance on the affected side was extremely poor and his left arm, while compared to the leg is extremely mobile, exhibited movement that was slow and required high levels of focus.

As mentioned previously, this was the first time that we met our sit-down biathlete (Athlete A). The first thing that we learned was that the location of the amputations meant that his right stump was longer than his left. The athlete suspected he was therefore stronger at turning to the right (cue Zoolander quote) which, as mentioned previously, is achieved through rapid lateral flexion of the spine. He speculated that this was as a result of having a stronger "anchor" in his ski chair due to the longer stump. We tested the movement at 120, 150 and 180 degree/sec using our Primus RS (BTE Technologies - see title image). This was largely based on previous experience when testing torque in high level athletes. We also tested at the same speed for the shoulder extension (the single-poling movement). Our findings were contrary to the expectations, he generated greater torque to the left when laterally flexing. This appears to be a result of the anchoring actually coming from the contralateral leg to the direction of movement.

When we set up to perform the single pole-pulling assessment the coach and athletes informed us that the movement we had set up was not an adequate representation of the true movement as both athletes, especially Athlete A, prefer to double-pole. This was easily adapted and we tested shoulder extension during simulated double-poling at the previously mentioned speeds. Athlete A showed an increase in peak torque the faster the movement became, but took longer to reach this level at higher speeds due to a reliance on Latissimus Dorsi activation at higher speeds. Athlete B showed consistent torque patterns through each speed and may benefit from the right side supporting the affected left. Muscle activation was also monitored using sEMG to identify muscle firing rates. This highlighted specific firing patterns and activation timings and a discrepancy that we speculate might have ramifications on performance was identified.

The final test on the Primus RS was supposed to be a simulation of ski technique. Further discussion with the coach and Athlete B identified a number of issues when trying to replicate Nordic ski technique off snow. We therefore decided to focus on assessing the athletes activation and deactivation using a Controlled Passive Motion programme (CPM). This identified issues with activation, controlling torque and deactivation in both the quadriceps and hamstrings in the left compared to the right. His right side would act as a good demonstration of activation patterns in a healthy population and sets a good standard against which we can compare his affected side.

We currently have a limited capacity for measuring physiological variables and have concentrated initially on Maximal Inspiratory Pressure (MiP) using the Powerbreathe KH-2. There has been extensive research into the use of Inspiratory Muscle Training (IMT) for sprint interval sports, but there is a lack of research support for any benefit in endurance performance. Heart Rate, speed and elevation data collected on Athlete A at a 2017 World Championship event shows that in all distances Biathlon can be classified as an interval-type sport with frequent variations in heart rate dictated by changes in elevation and opportunities for sprinting on the flats. In rowers IMT has been shown to improve 5km TT performance and distance covered in a 6-min all-out test (Voliantis et al., 2001; Athlete A transfered from Para-Rowing and there are cross-overs in muscle activation and shoulder movement between sports) and there has also been a finding that it can reduce blood lactate at given intensities - though not ascribable to increases in Lactate Threshold or Maximal Lactate Steady State (MLSS).

Body composition analysis was also performed using the ISAK skinfold method. Rather than calculating body fat we are using a sum-of-x analysis. This is due to inaccuracies that exist in predictive equations as well as a lack of adequate formulaic adjustments in research for amputees. Additionally limb and body girths were taken where appropriate/possible (Athlete A - Biceps relaxed/tensed, Chest, Waist; Athlete B - Biceps relaxed/tensed, Chest, Waist, Hips/Buttocks, Thighs, Calfs). Athlete B showed asymmetries especially in the lower-limb. This is an area we will look to improve, along with his muscle activation and deactivation.

The process of developing a specific and relevant needs assessment for this sport has been an interesting proposition and one that we have learned a lot from so far. Thankfully the team are also keen to learn and are understanding and helpful when it comes to us developing a relevant and effective testing protocol. We will review these tests regularly through the year and attempt to identify any associations with ski-ergometer 5km performance data, field 5km performance data and World Championship race data that we will also collect this year. This data will help us to identify Key Performance Indicators that can then be used to monitor training progress both during the season and in the off-season and identify prospective athletes for the national programme. One of the key issues is that the majority of training is done off the snow using roller skis. There are big differences in technique and physical demands when making comparisons between roller and snow skiing and these KPIs should help us to monitor the effectiveness of these training methods in transferring performance from tarmac to snow.

Discover more about our Sport, Exercise and Health Science courses and find out how you can work with all levels of athletes, making use of state-of-the-art testing and analysis equipment in our Sport Performance Centre.